Chinese Defense Ministry: China will resolutely fight US provocations in the Taiwan Strait 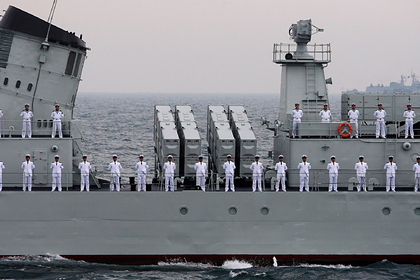 China will resolutely fight US provocations in the Taiwan Strait allow any room for compromise on the Taiwan issue. This was stated by the official representative of the Ministry of Defense of the People's Republic of China Wu Qian, TASS reports.

Wars for naval domination are a thing of the past. Why do conflicts over straits and canals continue in the world? 00: 02 – October 15

Perfect storm .China and the United States are pulling military forces into the South China Sea. How will the battle for regional dominance end?

“For a certain period of time, the United States made a number of irresponsible statements on Taiwan, the South China Sea and reconnaissance flights of naval aviation, undertook many provocations, in this regard, it would be natural for China to show perseverance and fight this,” Wu Qian said. >

The representative of the Ministry of Defense drew attention to the fact that the key principle of the development of relations between Washington and Beijing is to prevent encroachments on the sovereignty of the PRC, its dignity and key interests. He stressed that the US should stop harboring illusions about Taiwan.

US-China relations have escalated amid competition in the South China Sea. Beijing claims that a significant part of the international waters in the Asia-Pacific region belongs to the PRC. These are disputed maritime areas in Taiwan, the Philippines, Vietnam, Malaysia and others.