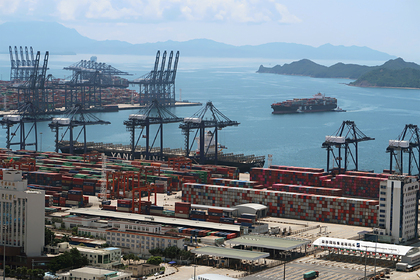 with COVID-19 looks excessive and provokes new supply disruptions, which will worsen the shortage of goods around the world, writes Bloomberg.

We are talking about new rules of mandatory seven-week quarantine for returning Chinese sailors. This is three weeks of quarantine outside the country, two – at the port of arrival, another two – in your province.

For a long time, the country has banned the change of crews of foreign ships, but even ships that have renewed their crews are required to wait two weeks before entering a Chinese port. The shipowners accuse the port authorities that seafarers in need of emergency medical care cannot receive it. So, one of the ships had to urgently go to South Korea so that a crew member could get to the dentist due to an abscess.

Due to delays in shipment and crew problems, ship owners are making route changes. International Chamber of Shipping Secretary General Guy Platten indicated that problems are piling up and causing full-scale disruptions.

Operators urge Beijing to ease restrictions and governments to pay particular attention to shipping and seafarers. Otherwise, the economic situation in the world could worsen significantly.

One of the world's largest owners of oil supertankers, Euronav NV, has calculated that he spent about $ 6 million to fix operational disruptions – this is a change in routes, the problem of crew changes, travel expenses. To compensate for losses, the company is forced to raise transportation tariffs. In general, at the end of last week, rates for container shipments increased six times compared to the average for the five years to 2019.

As noted in the material, pessimistic sentiments reign in the world regarding supplies. According to a survey conducted by Oxford Economics among 148 companies on October 18-29, almost 80 percent of respondents are confident that the crisis will only get worse. Experts point out that for China, the policy of zero COVID-19 disease is a priority, especially in connection with the Winter Olympics, which will begin in a few months.

In early November, Inter IKEA announced the need to raise prices. worldwide brand franchisor. One of the main reasons cited are supply disruptions that arise due to lack of shipping containers and congestion of ports.