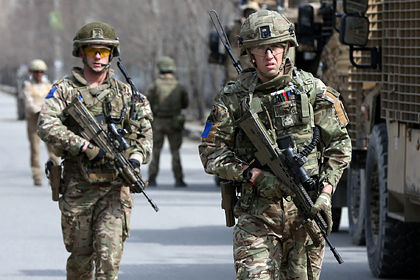 the coast of France, if necessary due to the migration crisis at the border. The quote is from Reuters.

“I offered France cooperation, the opportunity to send more officers, and to do whatever was necessary to secure the area [in the waters of the Pas-de-Calais] so that vulnerable people would not risk their lives by sitting in unusable for boat sailing, “she said.

Britain and France will address the issue amid numerous reports of migrants drowning in the Channel. So, on November 24, a boat carrying illegal immigrants sank in the waters of the Pas-de-Calais off the coast of France. 31 people died, two survived, but their lives are in danger.

At the same time, the French police allowed a crowd of migrants to leave the coast of France without hindrance in an attempt to swim across the English Channel on their way to Great Britain. Then in Britain they said that they offered the French side to organize a joint patrol of the English Channel, but did not receive consent from Paris.