Russian skier Bolshunov about falling from a bicycle: it is surprising that I avoided fractures 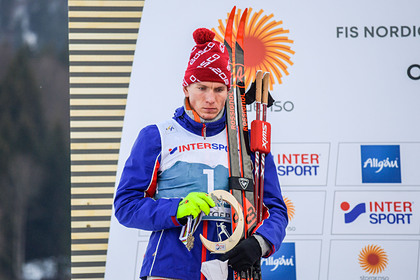 Russian skier Alexander Bolshunov spoke about a fall from a bicycle in the off-season. He disclosed the details of the incident in an interview with TV2 reporters.

The athlete said that he was driving at a speed of 70 kilometers per hour, which is why he had an accident, and then to the hospital. “It's amazing that I avoided fractures. But my teeth were badly damaged, and I had to undergo an operation. Preparations for the Olympic season did not go the way I wanted, “he stressed.

On November 14, Bolshunov said that he was not training at full strength due to an operation on his jaw that had been transferred in October. It was originally planned that the Russian will be able to return to full preparation for the season in ten days.

Bolshunov is the current owner of the World Cup. The 24-year-old Russian also became the first in the competition the season before last.