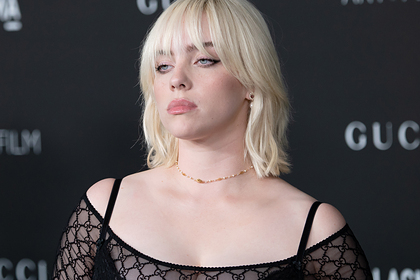 American singer Billie Eilish asked to stop eating turkey on Thanksgiving Day. A post on this appeared to him in her Instagram story.

The singer posted a photo with a bird in her hands. “Turkeys are some of the most delicate creatures in the world. And every Thanksgiving Day, 46 million individuals are killed in the world. I know it's hard to abandon tradition, but keep this information in mind, “Eilish wrote.

In October, the seven-year Grammy winner spoke out against a new Texas law banning abortion after six weeks of pregnancy. Eilish confessed onstage at the Austin City Limits 2021 Texas Music Festival that she originally wanted to cancel her performance at the event to protest the state's new abortion law.

punish this ****** [fucking] place for being allowed there. But then I remembered that you guys are the ****** [fucking] sacrifices, and you deserve it all in the world. And we need to tell them to ***** [fuck] shut up, ”said the artist from the stage. She stated that everyone has the right to independently dispose of their body.