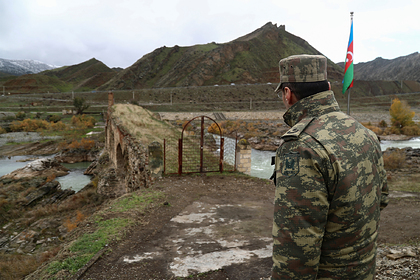 The demarcation of the Armenian-Azerbaijani border will be carried out using Soviet maps from the Russian Ministry of Defense. The parties agreed to use this very source in order to outline new borders between Armenia and Azerbaijan. This was announced by the chairman of the Federation Council Valentina Matvienko, her words are reported by the website of the Federation Council.

“Russia has offered assistance, given that the maps of the Soviet period are kept only by us in the Ministry of Defense. They are calibrated, precise and define the exact boundaries between Armenia and Azerbaijan. Negotiations can be confidently based on these cards, “Matvienko said at a meeting with the speaker of the Azerbaijani parliament Sahiba Gafarova.

Related materials 18: 27 – 16 November Fighting began on the border between Armenia and Azerbaijan. The Russian military base in Gyumri was put on alert 00:04 – 22 November

The chairman of the upper house of the Russian parliament also named the main task of Russia, Armenia and Azerbaijan in the course of the current negotiations. In her opinion, the main goal is to define the border in such a way that no one has a desire to resume hostilities. Gafarova agreed with Matvienko.

Due to problems with the demarcation of the border, a military clash recently took place in the southern sector. At the request of Yerevan, Russia intervened in the case and after calls from the Russian Defense Minister Sergei Shoigu, the conflict was ended. However, the issue of determining the borders remained.

Earlier, the Foreign Ministers of Armenia and Russia, Ararat Mirzoyan and Sergey Lavrov, discussed the settlement process in Karabakh by telephone. The foreign ministers saw an opportunity to finally resolve the issue through peaceful negotiations within the mandate of the OSCE Minsk Group co-chairs.