An exhibition of 17th century Italian graphics will open in Chelyabinsk 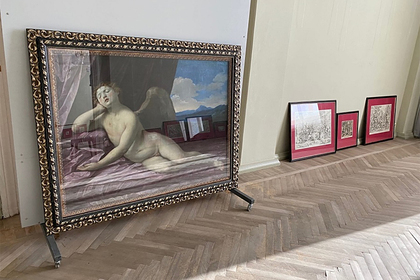 An exhibition “Guido Reni and etching XVII century “. This is reported by the publication “Chelyabinsk Review”.

40 works of Italian masters arrived at the museum from the Irbit State Museum of Fine Arts. It was decided to open the exhibition a day earlier, on November 25, and it will be possible to visit it with a regular ticket, although the event is traditionally closed.

The center of the exposition will be a large-scale painting “The Sleeping Cupid”, possibly written by Guido Reni. The painting will be surrounded by 39 etchings made by artists, which defined the face of Italian art in the 17th century – a turning point in the history of European culture.

The exhibition will last until February 6, 2022.

Earlier it was reported that in An exhibition of photo hokku related to the artistic culture of Japan has opened in Petrozavodsk. Reported by the publication “Respublika”. A total of 120 photo hokku, sent from different cities of Russia, were submitted for the competition, but one of the participants lives in the Bulgarian city of Kazanlak.