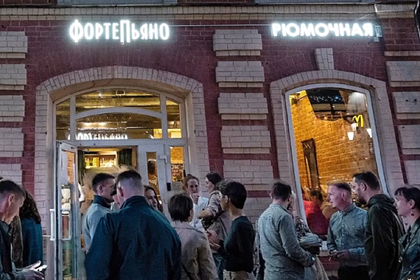 “FortePiano” platband, which was created over a hundred years ago. This is reported by the local portal Good News.

It is known that the event will take place on November 27 in the House of the merchant Sharlov. The activists will complement the building of the institution with an antique piece of wood. It is known that the aforementioned decoration was removed from one of the houses that were demolished in the Nagorny quarter of the city in 2019 and 2020. Another previously restored platband has already been hung at the White Market.

According to the material, during the holiday, FortePiano employees will hold creative workshops for visitors on felting from wool, modeling from clay and painting with watercolors.

“All the money collected on this day, we will put in the renovation of the roof of the historic house at 89 Truda Street,” said representatives of Tom Sawyer Fest. It is noted that preliminary registration is required to participate in the events.

In October, the Russian woman started painting the platbands following the example of the old Russian masters. Irina Rudnik, a resident of Solikamsk, has been painting platbands for five years, during which time she received the title of People's Master of the Perm Territory. Prior to that, she was engaged in woodcarving.