For the first time in the UK, an operation was performed to install a 3D-printed eye 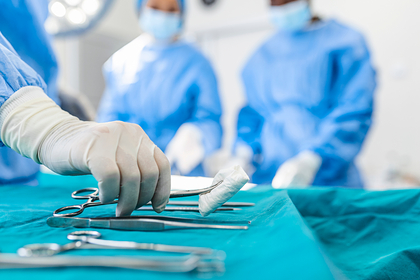 printed on a 3D printer. This is reported by the Mail Online.

The patient was 40-year-old Steve Verze from London. The man lost his right eye at the age of 20 and has since had to wear prostheses that need to be renewed every six months. Doctors at the Moorfield Ophthalmology Hospital asked Verza to install a 3D-printed prosthesis. According to doctors, it looks more like a real eye than old prostheses.

According to scientists, it currently takes about six weeks for patients to get an eye prosthesis. About 60 thousand people in the UK need regular replacement of the prosthesis. It only takes two hours to print the artificial eye on a printer.

“This new eye looks fantastic and because it is based on digital 3D printing technology, it will only get better and better,” said Steve Verz. Doctors said that to install a new prosthesis, you need to scan the eye socket once, and then send the data to the 3D printing specialists from Germany.

Scientists noted that the printed eye will not return the patient's vision, but will add confidence. According to Steve Verza, he used to look in the mirror when he left the house, and he did not like the old prosthesis.

At the end of November, analysts from the NatWest research company listed the main trends of the future. Among other inventions, experts noted that in the next 10-15 years, scientists will learn how to 3D print organs and special implants.