In Australia, a man who was blind from birth received the license to drive an off-road motorcycle 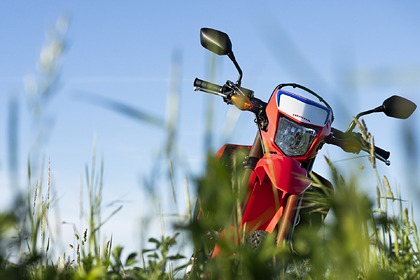 To make his dream come true, the man needed the help of a friend. The Navigator rode alongside his blind companion and gave directions and route information through the microphone and headphones built into their helmets. “The most important thing you can do is set key points, such as 'you are on this part of the course,' and then just steer left or right,” Moller-Nilsson said.

How fast to travel and he decided how to brake himself. So far, a team of friends have been doing simple bends and turns, but plan to increase the challenge over time. The couple are currently riding a dirt bike track at the Queensland Motorcycle Park. The 32-year-old motorcyclist urged not to be afraid of difficulties and not to listen to people who assure that someone will fail.

Earlier it became known that Stanford University engineers created a cane for the visually impaired and the blind with an additional management. The device is a cane for the blind, equipped with various sensors, cameras and lidar. At the end of the cane, there is an omnidirectional wheel that can indicate the direction of travel to the user. A special system analyzes the traffic situation and shows a safe path for a blind person.