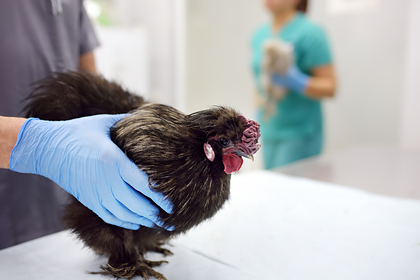 In Balasor, India, 63 chickens died of heart attacks due to loud music coming from a wedding party. This is reported by the Hindustan Times.

The owner of the farm, Ranjit Parida, said that on Sunday, November 21, the bride and groom celebrated their wedding with guests in a nearby village. At some point, they turned on the music too loud and began to detonate firecrackers. The noise frightened the chickens and chickens, and they began to run in horror around the farm.

Found a switchman People shoot and butcher animals in front of children. They can get away with everything 20:37 – 13 February 2014

The tragedy of an extra animalConcerned about the state of the animals, Parida came to the venue and asked the newlyweds to be quiet. However, as the Indian says, they were so drunk that they did not take his words seriously and continued the fun. When the man returned to the farm, he found 63 dead chickens, which, presumably, died of a heart attack caused by fright.

The next morning, the poultry farmer asked the bride's relatives to pay damages for the dead animals, but they refused. “I lost about 180 kilograms of chicken because of the loud noises, as the birds probably died of shock,” Parida said. The senior police inspector continues to investigate the case.

Professor of Zoology Suryakanta Mishra explained that loud noise does increase the risk of cardiovascular disease in both humans and birds. “Chickens follow a circadian rhythm that is controlled by the natural cycle of day and night. Chickens are mostly resting and inactive at night. Sudden excitement or stress due to loud music of a DJ can disrupt their biological clock, leading to death, “he said.

Earlier it was reported that a rare Cuban crocodile died in the Indian city of Chennai. The founder of the zoo thought he was ruined by loud music coming from a nearby hotel.