In Volgograd, 42-year-old Amazasp Grigoryan was sentenced to 12 years for the murder of a 17-year-old girl 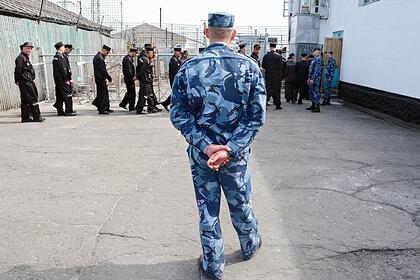 freedom of 42-year-old Volgograd resident Amazasp Grigoryan for the murder of a 17-year-old local resident. This was reported to “Lente.ru” in the united press service of the courts of the region.

The Russian was found guilty under Articles 105 (Murder), 126 (Kidnapping), 167 (Intentional destruction of someone else's property “), 150 (” Involvement of a minor in the commission of a crime “), 222 (” Illegal possession of firearms “) of the Criminal Code of the Russian Federation. He will serve time in a strict regime colony.

According to the investigation, on the night of August 17, 2020, a quarrel broke out between Grigoryan and his young lover. According to the victim's friend, that evening the three of them rode in a car belonging to Grigoryan. Jealousy became the cause of the conflict during the trip. The man took the girl into the forest near the town of Mikhailovka, beat and strangled her with a belt.

Grigoryan hid her body, and threatened the girlfriend of the deceased who witnessed the murder with reprisals if she turned to the police.

The police found the hidden body of the missing girl a week later, after which the victim's friend revealed the details of the incident to law enforcement officers.

For the first time, Grigoryan kidnapped his beloved on May 26, 2020, reports Komsomolskaya Pravda. Volgograd “. Even then, she wanted to part with him, but he categorically objected to this. The man took the girl to the industrial zone and beat her until she agreed to restore relations with him.