Zenit defender Rakitskiy on the match with Malm e: something needs to be changed 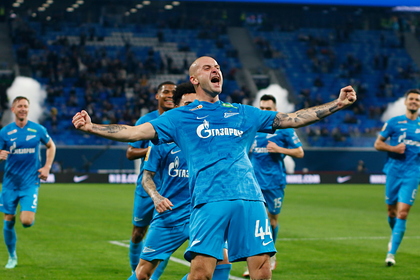 Zenit defender Yaroslav Rakitskiy did it impressions of the Champions League group stage match against Malmö. The player did this on Match TV.

According to the Ukrainian, the blue-white-blue players had fear during the game. “We need to rebuild, we need to change something. Maybe dig deeper into my head. But this is not a question for me, but probably for the coach, “Rakitskiy said.

The defender of the St. Petersburg team said that Zenit started the game well. However, after the opponent's goal, the Russians, according to the defender, began to panic and confusion.

Zenit's game in the fifth round of the Champions League group stage against Malmo took place on Tuesday, November 23, and ended with a score of 1 :1. This result allowed the Russians to secure the third place in the quartet, which allows them to play in the playoffs of the Europa League.