CNN: The US may transfer Mi-17 helicopters that belonged to Afghanistan to Ukraine 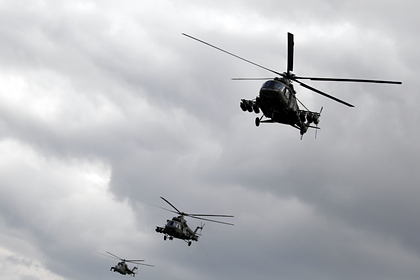 The US is considering the possibility of transferring Afghan helicopters to Ukraine. In the administration of President Joe Biden, they wanted to transfer the Mi-17 to the Ukrainian military. This was reported by the Defense Blog with reference to CNN.

These are Russian-made helicopters, which were planned to strengthen the Air Force (Air Force) of Afghanistan. Defense Blog notes that several Afghan Mi-17s have already undergone repairs at Ukrainian enterprises.

Earlier, the An-124-100 Ruslan aircraft transported two Mi-17 helicopters of the former Afghan Air Force to the US Air Force base. The Drive suggested that the helicopters that Afghan pilots left in Uzbekistan were delivered to the United States. In August, Mi-17, UH-60 helicopters and light aircraft of the Afghan Air Force arrived at Termez airbase.

In September, the Ukrainian State Enterprise Kharkov State Aviation Production Enterprise (KSAPP) began preparations for the production of fuselages for helicopters. Defense Express noted that the company is preparing to produce fuselage and tail boom elements for MSB-2 and MSB-8 helicopters.