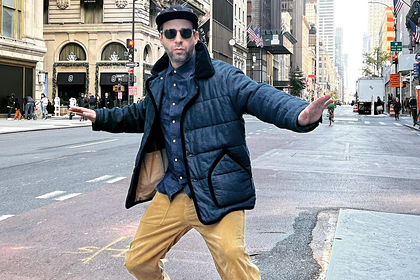 the founder of Telegram Pavel Durov. An excerpt from the episode is available on YouTube. Urgant also compared Durov to actor Gerard Depardieu, who had previously received a Russian passport.

“Telegram owner Pavel Durov has become a French citizen. Since Gerard Depardieu became a citizen of Russia, we had to give something to France. We paid off the debt, “the TV presenter said.

After that, he showed the audience a shot from the film” Asterix and Obelix “, in which Depardieu's face was replaced by Durov's. “In this regard, a new part of the film“ Asterix and Obelix ”is coming out. And let Franskomnadzor deal with Pavel Durov now, ”concluded Urgant.

Earlier it became known that the founder of Telegram received French citizenship in August 2021. The corresponding decree was published on the website of the Government Gazette of the country (JORF). According to the document dated August 23, the entrepreneur was among the persons acquiring the right to citizenship of the country. The list contains his name, date and place of birth. Durov himself did not comment on the information that appeared.