Lawyer Grushovets: Mikhail Saakashvili has changed a lot during the hunger strike 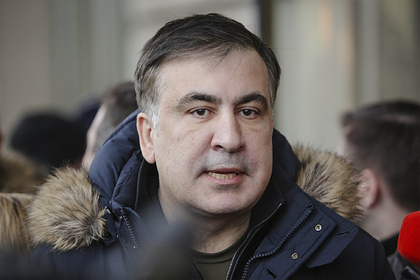 Former Georgian President Mikhail Saakashvili has changed a lot during the hunger strike and his stay in prison. This was stated by his Ukrainian lawyer Yevgeny Grushovets, writes Telegram-channel “Sputnik Georgia”.

He said that he had come to visit his client at the military hospital, where Saakashvili was transferred from the prison hospital, and did not recognize him. “I can sincerely say that Mikhail, whom I saw earlier, and Mikhail, who is now in the hospital, are different people,” said Hrushovets.

The lawyer also expressed concern that, due to his psychological state, the ex -the president will not be able to properly defend himself in court.

On November 20, Mikheil Saakashvili ended his 50-day hunger strike. On November 23, doctor Sandro Tsiskaridze said that the health condition of the former head of state had improved, but at the same time indicated that he still had certain neurological disorders. At the same time, the doctor found it difficult to answer whether the politician will be able to attend the next court session.