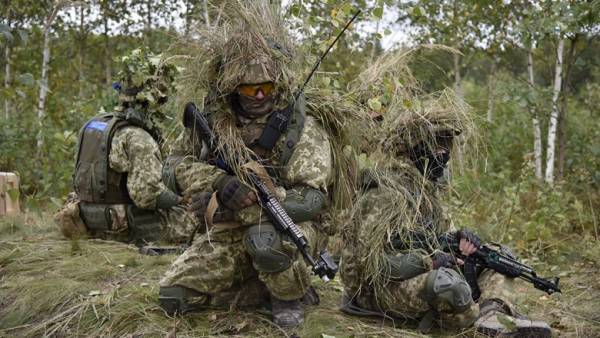 “At the & nbsp; border with & nbsp; the Republic of Belarus, a joint special border operation & ldquo; Polesie & rdquo; began. It is coordinated by the State Border Service and & nbsp; is carried out in conjunction with & nbsp; the forces of the National Guard, the National Police, the Armed Forces of Ukraine and & nbsp; other involved reserves & raquo;, & nbsp; & mdash; said in the & nbsp; border service of the country.

The operation will be taken over by interdepartmental coordination headquarters and & nbsp; control groups. Border detachments will increase, in parallel, the authorities will build up forces and & nbsp; funds for & nbsp; possible directions of attempts to break through illegal immigrants. Aviation and & nbsp; drones will patrol the cordon.

In the summer, on the & nbsp; border of Belarus with & nbsp; Poland and & nbsp; the Baltic countries, the flow of refugees trying to penetrate into & nbsp; Western Europe from & nbsp; states of the Middle East and & nbsp; Africa increased. Recently, the situation has worsened: several thousand illegal immigrants have gathered at the & nbsp; barriers, clashes with & nbsp; Polish security forces have begun.

The West blames Minsk for & nbsp; what is happening, but all accusations are denied there. Belarusian leader Alexander Lukashenko explained that & nbsp; the country will no longer & nbsp; will restrain the flow of people: because of the & nbsp; sanctions on & nbsp; there is no & nbsp; money, nor & nbsp; forces.

Previously, Secretary of the National Security Council and & nbsp ; Defense of Ukraine Oleksiy Danilov said that & nbsp; Ukraine will adequately act in the & nbsp; case of repetition of the situation with & nbsp; breakthrough of the Belarusian-Polish border by illegal migrants, forces and & nbsp; funds are enough. Deputy Minister of Internal Affairs of Ukraine Yevgeniy Yenin said that & nbsp; security in & nbsp; ties with & nbsp; a possible influx of refugees will be provided by about & nbsp; 8.5 thousand servicemen, including border guards. According to & nbsp; he said, the escalation of the crisis could come at any moment.