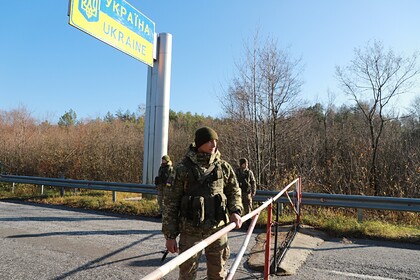 Belarus in order to prevent the aggravation of the situation with illegal migrants. This was reported by the press service of the republic's state border service on Facebook.

According to the agency, today the threat of redirecting the flow of refugees to Ukraine is quite high, therefore, in order to prevent the development of the migration crisis, it was decided to strengthen the protection of the state border. It is noted that the operation is coordinated by the State Border Service and is being carried out jointly with the forces of the National Guard, the National Police, the Armed Forces of Ukraine (AFU) and other involved reserves.

To carry out the operation, the number of border guards was increased, as well as forces and means in places of possible breakthroughs of refugees into the country. The border service stressed that during the events unmanned aerial vehicles (UAVs), aviation and technical means of observation will be actively used.

In early November, the migration crisis worsened on the border of Belarus and the EU countries. Thousands of refugees from the Middle East have gathered near the cordon trying to break into the EU. Western politicians claim that the Belarusian authorities have specially organized what is happening. Ukraine was also concerned about the current situation. The Ministry of Internal Affairs of the republic announced the increased protection of the state border and even planned to dig a ditch in the most vulnerable areas.