Cabinet of Ministers of Ukraine: the country will stop buying electricity from Russia and Belarus by 2023 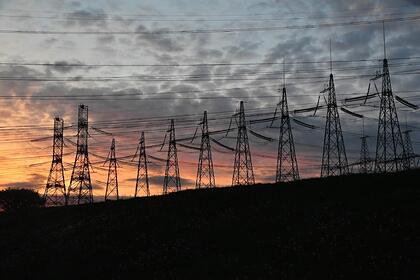 and Belarus by September 2023. The Ukrainian government announced the appropriate date on November 24 at a meeting, as part of the approval of a plan to combat the abuse of oligarchs. Interfax reports this.

According to the plan, the Cabinet of Ministers will form a list of key objects of the country's fuel and energy complex. Further, these facilities will be included in the energy security strategy and will begin constant monitoring of threats to the energy sector. The document provides for tests on the autonomous operation of the energy system of Ukraine already in 2022. And a year later, Ukraine should stop buying electricity from Russia and Belarus.

The Ukrainian government also paid attention to supplying the country with natural gas. By September 2023, the ministers plan to increase the number of connections of the gas pipeline system of Ukraine with the systems of European countries.

The energy system of Ukraine, like the electric networks and generation of other republics of the former USSR, was part of the unified energy system “Mir”. Within the framework of this energy system, not only parts of the USSR were connected, but also the countries of the Council for Mutual Economic Assistance, and the control center was located in Prague. After the collapse of the Soviet Union, the synchronization of the work of the electric power industry stopped, but Ukraine still remained partially included in the common networks with Belarus and Russia.

Earlier it became known that rolling blackouts began in Ukraine. The cases of the transition of hospitals to diesel generators due to power outages were reported in the regional council of the Kherson region.