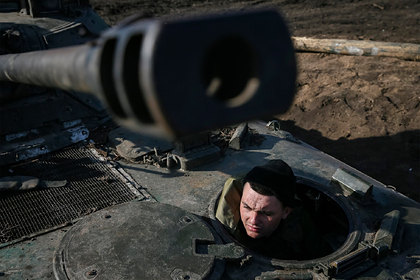 The US Embassy in Ukraine warned American citizens about Russia's military activity on the border and in the Crimea. This was reported on the website of the diplomatic mission.

In connection with the actions of the Russian military, the embassy urged the Americans not to visit Crimea and the “eastern parts of Donetsk and Luhansk regions” because of the armed conflict. “We remind US citizens that security conditions at the border may change with little or no notice,” the message says.

The embassy has also issued a memo for those traveling abroad. Diplomats advised, among other things, to follow international news, have a backup plan of action in case of unforeseen circumstances, get vaccinated against coronavirus.

On Tuesday, November 23, it became known that the administration of US President Joe Biden is discussing the possibility of sending military advisers and weapons to Ukraine against the background of the alleged concentration of Russian troops near the border. According to CNN, the aid package may include Javelin anti-tank missiles, mortars and air defense systems such as Stinger missiles.

The Kremlin denies reports of a pulling of troops to the border with Ukraine. Press Secretary of the Russian President Dmitry Peskov noted that abroad they want to present Moscow as a threat to the process of resolving the situation in the neighboring republic.