Former President Trump: We got along well with Russia and China, they posed no threat 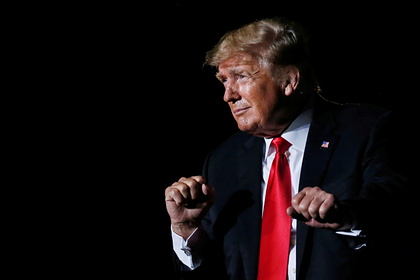 Former US President Donald Trump said that His administration managed to establish good relations with the leaders of Russia and China, which did not threaten Washington under him. He stated this in an interview with Fox News.

“If you look at Russia, it posed no threat. We got along well with Russia. I imposed sanctions on Russia, like no one before me, I put an end to the pipeline, “the ex-president said.

According to him, during his rule, he also told Ukraine that he was not going to” fight “for it Kiev must fight for itself. Trump also mentioned that he did not fly bombers over Taiwan. “Chairman Xi (Jinping) understood that this should not be done. I got along well with President Xi and President (Russian Federation Vladimir) Putin, and this is good, “Trump added.

Earlier, the American Politico wrote that Trump has a chance to return to the White House following the 2024 year. The backbone of his return to office strategy will be working with the five hesitant states that secured current American leader Joe Biden's victory in 2020. We are talking about Arizona, Georgia, Michigan, Pennsylvania and Wisconsin.