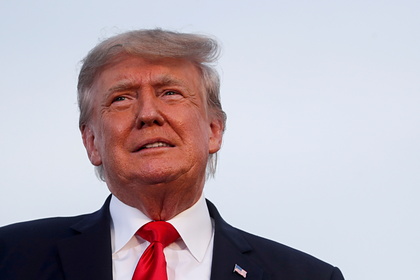 “Whites are not culture!” How has the fight against racism in the United States led to harassment and divisions in society? 00:01 – Nov 16

“They make scapegoats of whites” How does the fight against racism split America and lead it to civil war?

According to the publication, the meeting took place at the Palm Beach resort in Florida. Trump said that the teenager who shot the protesters contacted him to get to know him. Subsequently, he came to the politician with his mother. “A really good young man. This is misconduct on the part of the prosecutor's office. He should not have suffered because of this in court, “concluded Trump.

Earlier it was reported that Trump congratulated Rittenhouse on his acquittal. “If this is not self-defense, then what is self-defense?” The former American leader noted. On November 19, it became known that the jury passed the teenager an acquittal. He was found not guilty on all charges.

On August 26, 2020, a video was published in which a mob of rioters pursues 17-year-old Rittenhouse armed with a semi-automatic rifle. After falling and being attacked by two men, he killed one of them and wounded the other, armed with a pistol. The young man was charged with six counts, including premeditated murder. The Rittenhouse case has become one of the most notorious in recent times in the United States. Someone considered Rittenhouse a mass murderer and vigilante, while others are sure that he did not exceed the limits of permissible self-defense.