US Chief of Command Mackenzie: Iran is very close to developing nuclear weapons 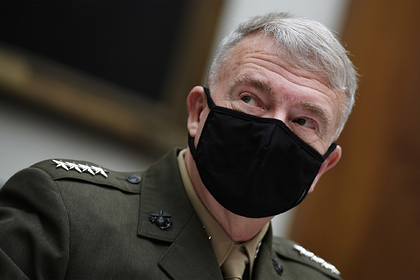 Over the years, Iran has made great progress in developing its nuclear program … This was stated by the head of the Central Command of the US Armed Forces (AF) Kenneth Mackenzie, reports Time.

According to the officer, at the moment Tehran is very close to the creation of nuclear weapons. He pointed out that the Iranian side likes the very idea of ​​a breakthrough as part of the approach to obtaining nuclear weapons.

On October 27, a State Department official said that the United States agreed to resume negotiations on a nuclear deal with Iran. According to him, the American side is ready to return to Vienna, reach agreements on the Joint Comprehensive Action Plan (JCPOA) and implement them.

The JCPOA Treaty on Iran was concluded between Tehran and six mediating countries in the summer of 2015- th. Later, Iran was caught in gross violations of the agreements. In early May 2018, the United States announced a unilateral withdrawal from the deal and the resumption of anti-Iranian sanctions. Tehran, in turn, announced the abandonment of the agreements on the JCPOA in January 2020.