Deputy Zhurov: Russia will not refuse humanitarian aid to the DPR and LPR 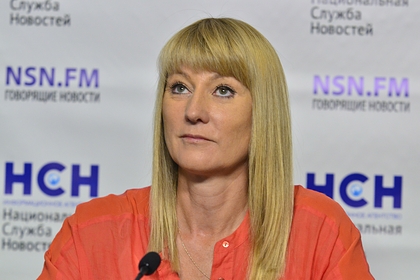 Russia will not refuse humanitarian aid to residents of the self-proclaimed Lugansk regions (DPR and LPR), despite the calls of the European Union (EU). Svetlana Zhurova, first deputy chairman of the State Duma's international affairs committee, made such a comment, writes Gazeta.Ru.

According to her, they want to reproach Russia for helping their fellow citizens. “We periodically provide humanitarian assistance, some kind of support in terms of crediting, in terms of gas prices when we understand that people need it and they are really our good neighbors,” the politician emphasized.

She noted, that the EU's statement does not coincide with “European values”. At the same time, Zhurova urged to pay attention to citizens who found themselves in a difficult situation in connection with the conflict between Ukraine and Russia.

“It is clear that Ukraine is setting them up, but what does building relations and preventing conflict have to do with it? People feel bad now. It is not known when this conflict will end. (…) We are ready to help everyone who needs this help, “Zhurova concluded.

Earlier, the European Union called on Putin to cancel the decree facilitating trade with the Donetsk and Luhansk People's Republics, which the head of state signed on November 15.