“Dom.rf”: Russian tenants are ready to pay for housing at 24 thousand rubles a month 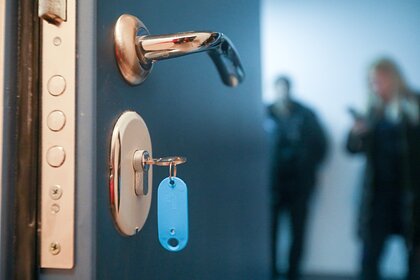 Tenants in large regional centers of Russia are ready to pay for rented housing an average of 24 thousand rubles a month, showed a joint study of “Dom.rf” and VTsIOM (available at the disposal of “Lenta.ru”). The poll was conducted in Vladivostok, Kazan, Krasnoyarsk, Novosibirsk and Sochi.

More than half of the tenants of rented apartments would not want to conclude a lease agreement with indexation of rates. Those wishing to live in apartment buildings, as a rule, choose one- and two-room apartments. The proximity of rental housing to the city center is important for more than 40 percent of residents. On average, for 37 percent of tenants in all cities, it is not so important in which area their rented apartment will be located.

Earlier, Askhat Sagdiev, General Director of Univer Capital, said that buying an apartment for investment purposes (for rent for rent), despite the popularity of such a tool, the idea is very controversial. As the expert noted, a citizen who has invested in real estate will not be able to extract part of the funds if necessary – he will have to sell the entire apartment.