SWIFT: the ruble returned to the top 20 most popular currencies in the world, increasing its share to 0.2 percent 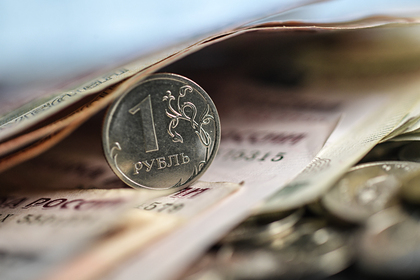 The ruble returned to top 20 most popular world currencies, increasing its share to 0.2 percent in international settlements. This is evidenced by the data of the SWIFT interbank transfer system, RIA Novosti writes.

In September, the ruble dropped out of the rating, giving way to the Hungarian forint. According to Vasily Karpunin, the head of the information and analytical content department of BCS World of Investments, Vasily Karpunin, the restoration of its positions by the ruble last month was affected by several factors, including the rise in prices for commodities and the position of the Russian currency in the Eurasian Economic Union.

< p> “The ruble is still the main regional currency in the EAEU space. In addition, the ruble is now one of the highest real interest rates in comparison with most other key currencies, “the expert said.

The dollar ranks first among the most popular currencies, but its share has decreased by 0 , 29 percentage points – up to 39.16 percent. The second place was occupied by the euro with a share of 38.07 percent against 37.9 percent a month earlier. The pound sterling came in third place: the share of the British currency in October increased by 0.35 percentage points, to 6.41 percent.

Earlier, Maxim Petronevich, a senior economist at the Otkritie Research analytical department of Otkritie Bank, said, that in the next six months the dollar is expected to maintain its position against major world currencies, despite the factors that put pressure on the US currency. “The next round of dollar strengthening can be expected as the discussion about the start of the FRS rate hike in the second half of 2022 intensifies,” the expert noted.