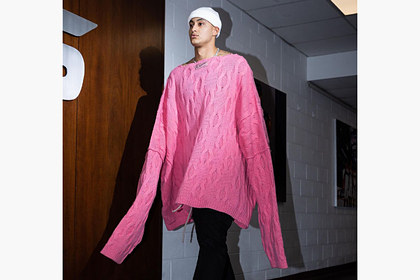 American basketball player Kyle Kuzma appeared in a jumper with an unusual design and became a meme on social networks. Corresponding posts appeared on Twitter and Instagram.

The paparazzi captured the athlete in an oversized sweater from the luxury brand Raf Simons in bright pink with long sleeves that completely cover his arms. The celebrity also wore a white beanie, black sweatpants and white Nike sneakers. The cost of the described sweater made of natural wool is $ 1,659 (about 123 thousand rubles).