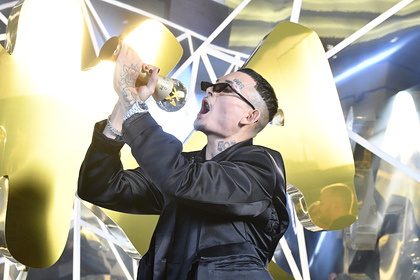 Hip-hop artist Alisher Morgenshiter who left for Belarus on November 26 in Moscow. The rapper's plans were revealed by his concert director, reports Daily Storm on his Telegram channel.

“I have bitches, money, cars” Why all of Russia talks about Morgenstern and what is the secret of his success 16:17 – 3 June

Morgenstern was recognized guilty of drug propaganda.Dear sports car, a dagger in a bag and a show: how the rapper was tried

“I have a schedule. Look at him and think that everything is exactly like that. If there are changes in the schedule, we will inform you “, – said the representative of the artist.

It is noted that the rapper's Moscow concert will be held at the Gipsy club.

Earlier it became known that Morgenstern went to Belarus to attend a private event. This happened against the backdrop of accusations by the head of the Investigative Committee of Russia, Alexander Bastrykin, that the artist is selling drugs on social networks. The URA.RU portal, citing a source, suggested that Morgenstern would not return to Russia from Belarus.

On the eve, the lawyer of the rapper Morgenstern, Sergei Zhorin, announced that he was afraid of pressure from law enforcement officers on his client after Bastrykin's speech.