Viktor Litovkin: The United States is trying to restore its image by practicing a nuclear strike against Russia 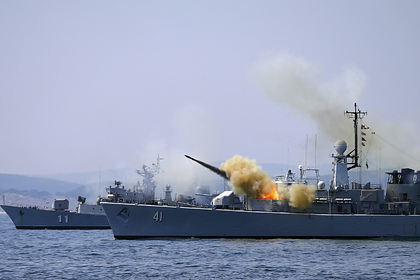 a demonstration of one's own strength and an attempt to regain the lost image of the most powerful power and hegemon. This opinion was shared by TASS military observer, retired colonel Viktor Litovkin in an interview with Lenta.ru.

“They suffered a crushing defeat in Afghanistan, fled shamefully and lost respect for the American army as the most powerful army in the world … Today, many countries look at Americans with disdain: they were in Afghanistan for 20 years and fought against the Taliban (a terrorist organization banned in the Russian Federation) for 20 years, but they lost and so shamefully left the country, throwing their weapons and military equipment, “- said Litovkin.

According to the expert, by practicing nuclear strikes and passing ships in the Black Sea, Washington is trying to show that America is back on horseback. He called such US actions “balancing on a tightrope between shame and greatness” and stressed that Washington will not be able to deceive anyone and prove its greatness, because now they have many competitors: Russia, China, India and Turkey. “So they are unlikely to be able to return the image of a great country, a great army in the near future,” he said.

Earlier, Russian Defense Minister Sergei Shoigu said that in November strategic bombers of the US Air Force had nuclear strike on Russia. The minister also pointed to a significant increase in the activity of American aircraft in the immediate vicinity of the country's borders.