Deputy Minister of Economic Development Torosov: there is no “bubble” in the retail lending market 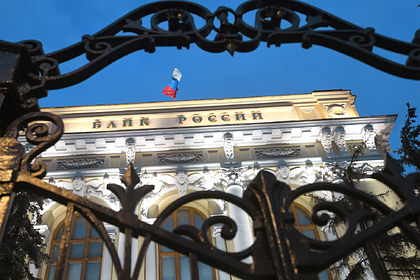 bubbles “in the lending market, the department reported” Lente.ru “. The agency disputes the assessments of the Central Bank, which previously argued that such a situation has developed in certain segments of the sector.

The ministry stressed that now, after growth in 2020, the share of loans to individuals with overdue payments of more than 90 days is decreasing. Since the beginning of 2018, the indicator has decreased by 3.1 percentage points and remains at an “acceptable” level. “At present, this is the main evidence that the situation in the retail lending market is not a bubble,” commented Ilya Torosov, deputy head of the department.

The risks of bubbles and the historically high level of debt burden were pointed out by the regulator in May. In September, the head of the Central Bank Elvira Nabiullina, commenting on the record figures for the issuance of consumer loans, said that there was no talk of a bubble yet. However, she stressed that high growth needs to be cooled. The Central Bank refused to promptly clarify the regulator's current position on risks in the consumer lending sector.

There are now positive trends in the lending market, said Evgenia Lazareva, head of the Popular Front project “For the Rights of Borrowers,” in a conversation with Lenta.ru (the Ministry of Economic Development used these organizations in assessing the level of debt burden). Credit institutions began to pay more attention to the ratio of the cost of servicing a loan to the income of Russians, and the borrowers themselves have increased payment discipline, she explained. However, the specialist did not agree with the assessment of the acceptability of the level of delay. Over the period since 2015, delinquency has indeed decreased, “not quickly, but steadily,” but increased in absolute terms during the pandemic, decreasing only in percentage terms in the total volume of loans. The reason for the decrease in the share of overdue debt is mainly related to the significant growth rate of the loan portfolio, which “dilutes” the share of overdue loans, agrees Egor Lopatin, deputy director of the group of ratings of financial institutions of the NKR agency.

According to the Ministry of Economic Development, the risks for borrowers are now created by the tightening of monetary policy by the Central Bank itself. “In 2021, loan rates are growing amid an increase in the key rate of the Central Bank. This is an alarming factor, since the debt burden on Russians is increasing, “Torosov pointed out.

The rate hike is likely to actually lead to an increase in the debt burden in the system as a whole, although it will not be significant, agrees Yegor Lopatin … In his opinion, banks have already adapted their credit policies, taking into account the measures taken by the central bank to cool the segment, the share of risky borrowers began to decline. In addition, the debt burden helps to reduce the increase in lending terms, and banks are willing to take such measures, he added.

The very approach to lending regulation, Lazareva pointed out, must be balanced, including because of the risks associated with the black market. She cited as an example the tightening of policy in relation to the microfinance market: many sector participants did not cope with the requirements set by the regulator and went into the shadows. Therefore, it is necessary to pay attention to the fight against illegal lending, including by the forces of law enforcement agencies, emphasized the interlocutor of Lenta.ru.

“There is no doubt that the market is recovering. On the other hand, we see a tendency that many citizens, unable to cope with their debts, go to the illegal market, and no one takes this sector into account. And this is the risk that we are trying to fight “

In October, the State Duma adopted a bill giving the Central Bank the right to restrict the issuance of consumer loans by banks and microfinance organizations (MFIs) using direct quantitative limits, in the first reading, on November 24, the bill was adopted in the second reading. The Association of Russian Banks indicated that the changes could create risks for the borrowers themselves due to the threat of “shadow financing”. ADB Vice President Aleksey Voylukov emphasized that bank limits will not solve the problem of debt load: without receiving money from banks or MFOs, the client will turn to the illegal sector.

The Central Bank, in turn, indicated that if adopted of the law will resort to restrictions if they see an increase in risks. The regulator plans to take into account a number of factors, including the growing debt load of Russians. According to the ONF, according to the results of the first half of the year, the debt of Russians on loans increased by almost 24 percent in annual terms, by June 2020. The Ministry of Economic Development and Trade noted in August that the level of Russians' debts is at a low level compared to other states: in the country it is less than 20 percent of GDP, and in countries such as the United States and Great Britain, the indicator is at the level of 70-90 percent.