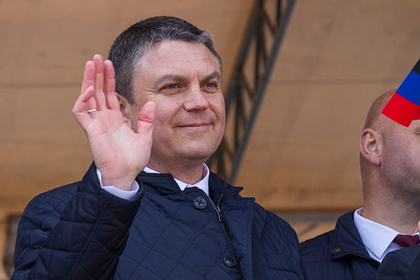 The head of the unrecognized Luhansk People's Republic Leonid on Twitter, he was surprised by the call of the European Union (EU) to Russia to abandon its support for Donbass and the cancellation indicated by Russian leader Vladimir Putin to simplify the procedure for deliveries from the region.

“According to the European Union, this aggravates the military conflict and contradicts Minsk “. Based on this logic, Minsk does not violate the economic strangulation of Donbass. Strange … “, – wrote Pasechnik.

Earlier, the European Union (EU) called on Russian President Vladimir Putin to cancel the decree facilitating trade with the unrecognized Donetsk and Luhansk People's Republics. Brussels is confident that such steps supporting the DPR and LPR aggravate their further separation from Ukraine.

On November 15, Russian President Vladimir Putin signed a decree “On the provision of humanitarian support to the population of certain areas of the Donetsk and Luhansk regions of Ukraine.” According to this act, goods produced in Donbass must be admitted to state purchases on a par with Russian ones.