Orientalist Dolgov: protests in Turkey will not lead to a coup, the military is loyal to Erdogan 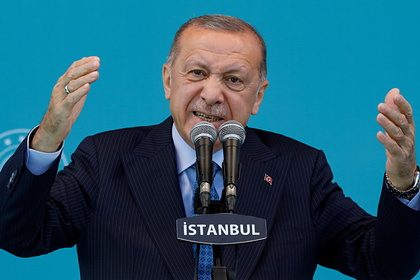 Large-scale protests in Turkey will not lead to an attempt to overthrow the country's President Recep Tayyip Erdogan or a coup d'etat, since the military and security forces are loyal to the Turkish leader. So the likelihood of a repeat of the events of 2016, when an attempted coup d'etat was prevented in Turkey, was assessed by Boris Dolgov, a senior researcher at the Institute of Oriental Studies of the Russian Academy of Sciences, in an interview with Lenta.ru.

According to him, after the events of 2016, the ranks of the military were “cleansed” of those who advocated the development of the country along a path different from that proposed by Erdogan. “There is a protest potential in this part of society, which professes the ideas of [the first president of the Republic of Turkey, Mustafa Kemal] Ataturk, that is, more secular and pro-Western, but in terms of the military, I believe that they are loyal to Erdogan,” Dolgov said.

At the same time, the orientalist pointed to the rather serious scale of the demonstrations that took place in Turkish cities. If you do not take into account the events of 2016, they have become the most ambitious in recent years. “These protests are a sign that more and more citizens are appearing who are dissatisfied with Erdogan's regime,” Dolgov said.

On November 23, residents of Istanbul and Ankara took to mass protests. The demonstrators demanded to dismiss Erdogan's government and remove the ruling Justice and Development Party from power. This happened after the fall of the Turkish lira exchange rate – a record for the last 20 years.