Lawyer Yusufov: Russia will not be able to introduce criminal prosecution of opponents of vaccination 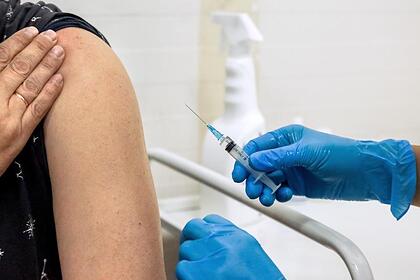 Russia will not be able to introduce criminal prosecution of opponents of vaccination against coronavirus. So, in an interview with Lenta.ru, the lawyer, director of the Yusufov Group law firm Asad Yusufov, assessed the possibility of legalizing this kind of liability for anti-Axis.

He recalled that at the legislative level in the country, mandatory vaccination is provided only for certain categories of citizens. For example, for doctors or teachers, as well as people who work with blood.

“But, for example, a miner or a lawyer does not have to do this, because the law does not provide it,” Yusufov said.

In addition, he noted that it is not worth introducing criminal prosecution of opponents of vaccination, because this can lead to serious consequences, up to a split in society. “That is, the goals of the state aimed at vaccination will simply come to naught,” the lawyer concluded.

The fact that Roszdravnadzor began collecting information about those who campaign against vaccination against coronavirus became known on November 1. This happened after the decision to start such a procedure was signed by the head of the supervisory agency Alla Samoilova. In the document, experts called on representative offices in the constituent entities to look for data on opponents of vaccination in social networks and the media. After that, 37 materials were transferred to the Investigative Committee (IC) and the prosecutor's office throughout Russia.