Model Kazumi Squirts put the initials of her lover on her lip, after which he threw it 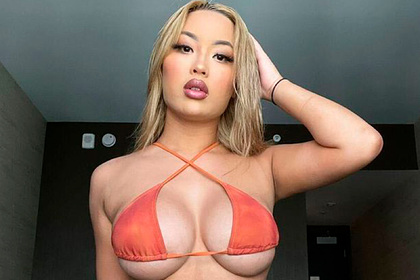 got his name tattooed on her face. The corresponding story is published by the Daily Star.

OnlyFans platform model Kazumi Squirts revealed that she decided to put the initials of her lover on the inside of her lip as a gift for her anniversary. The model admitted that the process was very painful, and the tattoo itself was bleeding for a long time. “My friends admired my idea!” – she emphasized.

According to the girl, the guy reacted ambiguously to her tattoo, but she felt that he was shocked by her gift. “It seemed to me that it was a pleasant surprise, but soon he began to avoid my calls and was constantly delayed at work. Our relationship began to deteriorate sharply, “- explained Squirts.

The heroine of the material complained that a week later the young man decided to part with her and asked to move out of his apartment. In addition, he admitted that he was cheating on her with a colleague. “I was furious with my stupidity, my face literally turned red with anger. Three years have passed, and the tattoo has not even faded, “she concluded.

In September, a girl with a tattoo all over her body showed the only shameful drawing for her. According to 25-year-old Sarah-Jane Sinclair, the only tattoo she truly regrets is her ex-boyfriend's name on her buttock. “We met for only two weeks, but then it seemed to me that this is an amazing person. And I am very impulsive about tattoos, ”she complained.