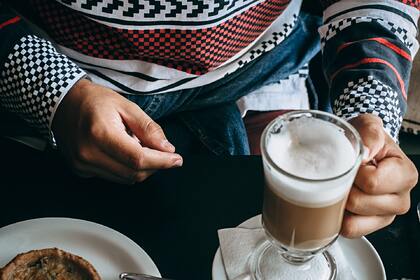 A guy from the United States with the nickname Ankit1000 told how he escaped because of several phrases that I heard from the girl during the meeting. According to the young man, he left a new acquaintance at a restaurant after her harsh remarks about migrants. The narrator shared his story on the Reddit portal, where many commentators supported him.

The 26-year-old narrator clarified that he met a girl at the gym. Ankit1000 invited her to a restaurant with a Korean barbecue (a method of grilling meat, in which the stove is built into the dining table, and the guests themselves fry the meat – approx. “Lenta.ru” ). But an acquaintance of the author of the post did not want to cook food on her own. “She insisted that I call the waitress and ask her to put the meat on the grill and bring it to us when it’s ready,” a Reddit user described the situation.

At the end of the dinner, the girl asked for dessert and began to insult the restaurant staff. “My God, this place is terrible, all these useless migrants come to the country, don't even work and gobble up taxpayers' money,” an acquaintance told Ankit1000. After that, she also uttered several insults to the natives of Pakistan.

A Reddit user was extremely outraged by the girl's words. In the post, the guy added that he has Indian roots, which his acquaintance probably did not know about.

As a result, because of the girl's harsh statements about migrants, Ankit1000 did not continue the date. “So we got dessert, I went to the bathroom, paid the bill, left a good tip and left. I left her at a restaurant (I brought her there), drove back and blocked her phone number, ”Ankit1000 added. The author of the post admitted that after an unsuccessful date, he even thought about changing the gym, since he does not know what to say to his friend when they meet.

Many Reddit users sided with the narrator. They considered the behavior of his companion inappropriate and racist. “In this situation, you are not a bad person. You paid the bill and left a good tip. And her behavior was worth leaving her, ”wrote Expat_89. “If she asks why you dumped her, just say that you don't date racists,” another user advised.

Earlier, another Reddit user told how he decided to do a DNA paternity test because of for his wife's jokes. The author of the post was worried by the words of his wife that the child may not be his own.