MEP Maximilian Kra: the meaning of US sanctions against SP-2 is in pressure 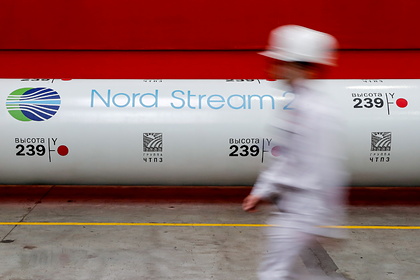 Russian gas pipeline “Nord Stream-2” – to put pressure on Europe. This was stated by a member of the European Parliament Committee on International Affairs, German MP from the Alternative for Germany party Maximilian Kra in a conversation with Izvestia.

Related materials00: 01 – July 8 ” America is looking for external enemies “Why, 150 years after the Civil War, the United States again found itself on the brink of a split? 00:02 – October 13 ” Sanctions are for life “The US threatens Russia with new sanctions. Who makes these decisions and how?

“The USA puts pressure on some European and, above all, German parties. It's no secret that Washington is wary of putting the pipeline into operation, ”he added. At the same time, the MEP did not explain the reason why the American authorities are afraid of the project.

The launch of the SP-2 gas pipeline will become possible only at the moment when the German regulator checks the updated documentation. After the appearance of reports on the suspension of certification, gas in Europe rose by 15 percent. However, certification of the project has not been completed.

Moreover, on November 23, the US Treasury Department imposed sanctions against Transadria and the Marlin vessel associated with Nord Stream 2.