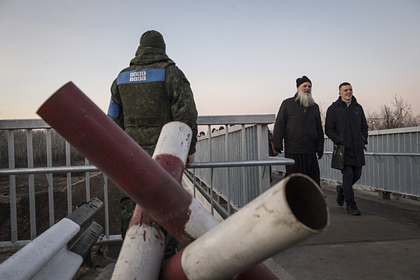 The European Union (EU) called on Russian President Vladimir Putin to cancel a decree facilitating trade with the unrecognized Donetsk and Lugansk People's Republics (DPR and LPR). This was reported by RIA Novosti.

The European Union believed that such steps supporting the DPR and LPR exacerbate their further separation from Ukraine. “Such unilateral measures violate the sovereignty and territorial integrity of Ukraine,” the address of Brussels, circulated on November 24, says.

Minsk agreements. “We call on Russia to reverse this decision and stop unilateral measures that provoke a further aggravation of the conflict in eastern Ukraine,” Brussels said in his address.

On November 15, Russian President Vladimir Putin signed a decree “On providing humanitarian support to the population certain areas of Donetsk and Lugansk regions of Ukraine “. According to this act, goods produced in Donbass must be admitted to state purchases on an equal basis with Russian ones.

In addition, quotas on the export and import of goods that move between Russia, DPR and LPR are canceled. Putin also instructed to take measures to ease the conditions for the admission of goods from the republics to the Russian markets. The decree will be valid until a political settlement in Donbass based on the Minsk agreements.