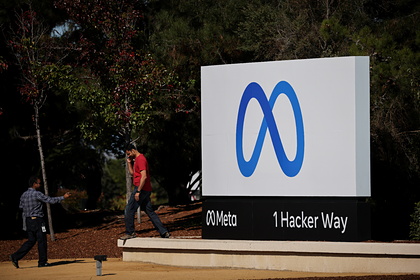 The court in Moscow upheld the decision to fine Facebook 21 million rubles for not removing prohibited content. This was announced on Wednesday, November 24, by the official Telegram channel of the Moscow courts of general jurisdiction.

It is specified that the Tagansky court approved the rulings of the magistrate issued in September. They recognized Facebook Inc. guilty of offenses provided for in parts 2 and 4 of Article 13.41 of the Administrative Code (failure of the owner of the site to delete information or a web page, if the obligation to delete is provided for by the law of the Russian Federation). The orders imposed administrative fines on the company in five cases. Their sum amounted to 21 million rubles.

Facebook was fined in five cases for not removing prohibited information on September 14. The total amount of fines for the American company then exceeded 90 million rubles.

In November, the Tagansky Court of Moscow upheld the decision on multimillion-dollar fines for social networks Twitter and Facebook and the WhatsApp messenger. Companies were fined for refusing to localize the personal data of users from Russia.