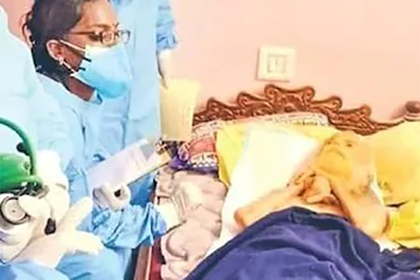 was confined to bed for several months due to illness. India Today writes about this.

77-year-old Irvin Fox flew to India a year ago, but was seriously injured due to a fall. Soon his assistant took all the documents, including the passport, and flew out of the country – as a result, the traveler was left alone in a recumbent position.

On Monday, November 22, he was found in a hotel room. It is noted that many ants crawled over his body, and there were ulcers on his skin. According to medical workers, the conditions in the room were unsanitary.

The man is currently undergoing treatment. The state government has launched the process of his extradition to the United States.

Earlier in September, the British newlyweds went on their honeymoon to Barbados and complained about “prison conditions” in the detention center. Thus, travelers were quarantined after a positive PCR test, which they passed on arrival at the resort. The cost of the daily placement was $ 300 (approximately 21 thousand rubles).