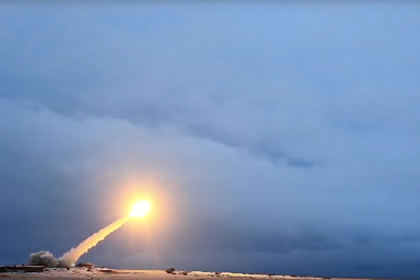 Russia has everything it needs to repel a US nuclear strike … So Moscow's ability to fight back was assessed by the TASS military observer, retired colonel Viktor Litovkin in an interview with Lenta.ru.

“Let's postpone the crisis for five years” The United States is ready to extend the missile treaty with Russia … Why did Biden decide to make concessions?

According to him, the fact that the US military has worked out the scenario of a nuclear strike on Russian territory can certainly be regarded as a threat, but Moscow has absolutely nothing to fear. “If this was a real military action, we would easily, as the military say,“ take them down ”from this height, and they would long ago feed the fish in the Pacific Ocean, the Atlantic Ocean, and the Baltic Sea,” Litovkin said .

According to the military expert, when working out such combat scenarios, the United States takes advantage of the fact that while they do not cross the Russian air borders, Moscow cannot use weapons against them, which makes them feel “at ease.” “But this does not mean that we are afraid of them, that we will not be able to react to their impudent and irresponsible behavior,” Litovkin said. He stressed that Moscow will not have to wait long for reciprocal steps.

Earlier, Russian Defense Minister Sergei Shoigu said that in November strategic bombers of the US Air Force had worked out a possible nuclear strike on Russia. The minister also pointed to a significant increase in the activity of American aircraft in the immediate vicinity of the country's borders.