Due to the exit of the Greens from the Swedish government, the newly elected Prime Minister resigned 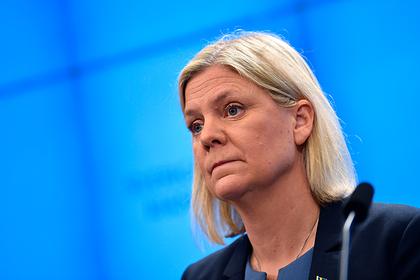 After the Green faction left the Swedish government -minister and member of the Social Democratic Party Magdalena Andersson has resigned. She had been elected to her office just hours before. This is reported by the Swedish radio station Radio Sweden.

“The newly elected Prime Minister of Sweden Magdalena Andersson resigned just a few hours after she was elected Prime Minister in a parliamentary vote,” – said in a statement. This happened due to the fact that the Swedish Riksdag did not support the draft budget proposed by the government, but chose the opposition budget by voting.

Earlier it was reported that Magdalena Andersson became the first woman head of government in the history of Sweden. Prior to that, she served as Minister of Finance. For several days Andersson could not reach an agreement with the leader of the Left Party, Nushi Dadgostar, but by November 23 she had received the support of the required 175 Riksdag deputies.