Sukhoi Superjet 100 flew off the runway at Norilsk airport 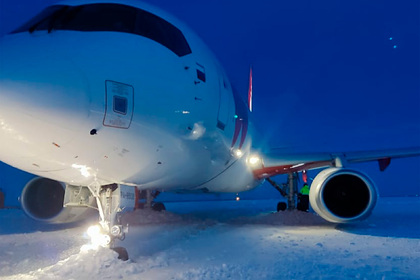 Sukhoi Superjet 100 took off outside Norilsk airport when landing at Norilsk airport – a landing strip at a distance of approximately 30 meters. Information about this appeared on the website of the Krasnoyarsk Transport Investigation Department.

It is clarified that the incident took place on Wednesday, November 24, on the Chelyabinsk – Norilsk flight. There were 81 passengers and six crew members on board, there were no casualties.

Currently, the Krasnoyarsk Investigation Department on the transport of the Eastern Interregional SUT of the Investigative Committee of Russia is conducting a check on the fact of the incident, during which the actions of the crew members will be assessed and aerodrome ground services.