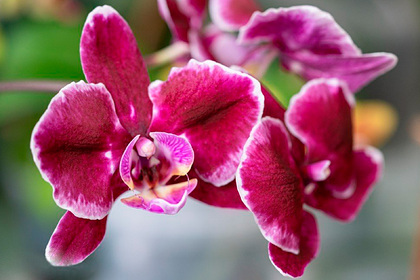 Scientists wanted to save the orchids growing in the open spaces of the Crimea, and developed a new method of microcloning. It can be used to restore the number of plants in the Red Data Book. This was stated by Vladimir Nazarov, associate professor of the Department of Botany and Plant Physiology and Biotechnology of the Taurida Academy of Kazan Federal University, Rossiyskaya Gazeta reports.

Currently, more than 40 species of Crimean orchids are in the Red Book of Russia, as “beauty and medicinal their value makes them objects of illegal mass collection ”. In addition, such plants germinate and multiply in their natural environment for a very long time.

“The only salvation for orchids is growing using modern biotechnological methods in in vitro culture using special media,” Nazarov said. >

The new technology is perfect for epiphytic and terrestrial orchids, said the biologist. He noted that with its help scientists are already helping 10 million plants a year.

According to Nazarov, the use of the technique on an industrial scale will also allow the creation and development of local ornamental floriculture. Thus, Nazarov explained, the region will have an opportunity to establish a massive sale of orchids, which will have a beneficial effect on economic processes.

Earlier it became known about the start of construction of a high-tech greenhouse complex near Smolensk, where whole orchid plantations will appear. Flowers are expected to be delivered both to neighboring regions and the countries of the European Union. The new project will help in the development of the region's economy: another 200 jobs for citizens will appear.