In St. Petersburg, a 25-year-old visitor of the shopping center fell into an elevator shaft and spent the night there 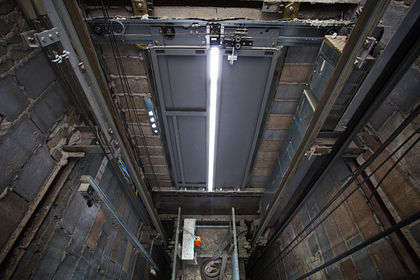 In St. Petersburg, a 25-year-old visitor one of the shopping centers (malls) was riding in an elevator when the car suddenly disconnected from the network. She tried to get out of the de-energized elevator on her own, but fell into the shaft from a height of about six meters, REN TV reports.

The girl was injured during the fall. The shopping center was closed, because of which the Russian woman had to spend the whole night there.

The injured visitor of the shopping center was found in the morning. She was immediately taken to the hospital. On the fact of the incident, the prosecutor's office began to check.

Earlier it also became known that an elderly Russian woman who survived the blockade of Leningrad was fatally injured in the elevator of the Zeleny Kvartal boarding house located in the Leningrad region.

The nurse put the woman's wheelchair into the elevator, which was not equipped with a special guard. In addition, she sent the lift to another floor unaccompanied.