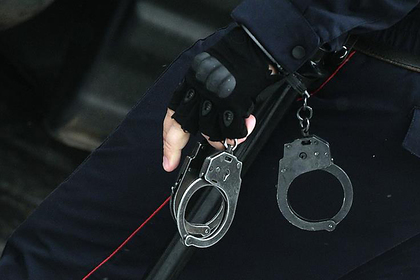 sentenced to four years in prison. This was reported by the press service of the Moscow prosecutor's office.

According to the agency, the Russian woman, not being a teacher, provided day care and additional education services for children under six years old.

The incident occurred 28 January 2021. While in the playroom, the woman began to humiliate the child, spraying into him from a spray bottle. Then she decided to forcefully wash him in the sink, after which she threw the child aside. He hit his head and back on the floor.

“After that, holding the child by the neck, against his will, despite his resistance, the woman pushed the boy into the shower stall and began pouring cold water on his head, grabbing his hands behind the torso, limbs and head, clasping his hands with a shower hose, “the report says.

For these actions, the Kuntsevsky District Court of Moscow sentenced the attacker to four years in prison in a general regime colony.

Earlier in the Kurgan region, in the village of Kipel, 16-year-old Russian teenagers from an orphanage abused a child and forced him to smoke. They filmed what was happening. The footage shows one of the teenagers teasing a small child with an orange. In addition, he kicks and punches him on the head and stomach.