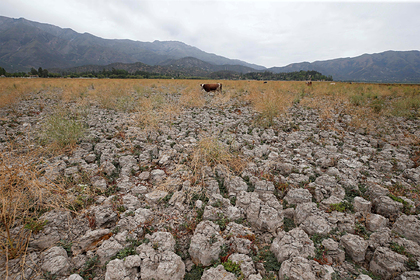 Russian scientists from Altai State University (Altai State University) together with researchers from Germany and Kazakhstan have found a way to prevent crop losses during drought. A new technology that allows to save water when irrigating agricultural lands can be used to solve the problem that has become aggravated in many countries against the background of global warming, according to the website of the educational institution.

Instead of installing expensive irrigation systems, the developers suggested monitoring soil moisture. To do this, on farmland in the Altai Territory and Kazakhstan, scientists have installed meteorological stations with sensors – they measure the temperature, moisture level at different depths and the availability of water for plants.

Data is received in real time on computers or smartphones – on their On the basis, drought can be predicted and the soil can be watered with the minimum required amount of water. Researchers believe that resource saving technology will become in demand in many countries around the world and will reduce food prices.

In September, experts noted that food price increases peaked in 60 years. In August, food prices increased by 33 percent compared to 2020. According to ecologists, the dynamics is associated with the consequences of climate change, including extreme drought.