Izvestia: chain restaurants in Russia announced a price increase of up to 15 percent in 2022 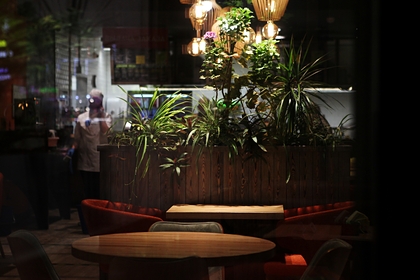 In Russia, large chain restaurants, including which Shokoladnitsa, Novikov Group, Tigrus Group and Black Star Burger announced massive price increases of up to 15 percent in 2022. This is reported by Izvestia.

According to the participants of the Russian market, they are likely to raise prices for dishes next year. While they are talking about an increase in their cost by an average of 5-10 percent, and in some cases they do not exclude an increase of 15 percent.

President of the Federation of Restaurateurs and Hoteliers (FRiO) Igor Bukharov noted that on prices, in particular, the growth in the cost of logistics services is reflected. Next year, dishes may rise in price by at least another 10 percent, he said.

According to the CEO of Black Star Foods, founder of Free Dog and Free Pizza, Yuri Levitas, the increase in the cost of dishes will average 5-10 percent and he will be gradual. According to the general director of Shokoladnitsa, Oleg Podgorny, a rise in prices by 8 percent cannot be avoided – inflation has accelerated too far. At the same time, the exact increase in prices will depend on specific dishes. Restaurateur Arkady Novikov said that he was ready to raise prices if next year the cost of ingredients for dishes still grows.

At the same time, the owner of the Tigrus Group, Henrik Winter, assured that if the surge in inflation is a temporary phenomenon, then the companies will be able to delay the moment the cost of food increases as late as possible.

According to Rosstat, inflation in October reached 8.13 percent in annual terms. Most of all, food prices went up, especially fruit and vegetable products. The rise in food prices, according to the Central Bank, is due to a poor harvest this year. According to the regulator's forecasts, food inflation may continue to grow in the first half of 2022.