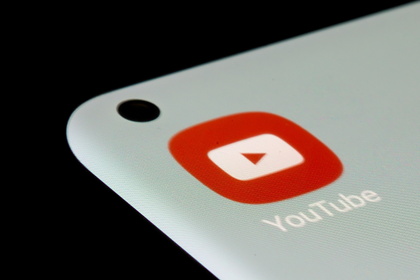 the telecom industry proposes to oblige foreign streaming services and online cinemas to pay compensation to Russian telecom operators for online traffic. Kommersant writes about this.

According to the department, operators are in a difficult situation due to traffic growth and do not have sufficient funding sources to upgrade their networks. Therefore, the Ministry of Digital Development wants to create a mechanism for foreign Internet companies to finance the development of telecommunications infrastructure in Russia and introduce payments for foreign OTT companies (technology for transmitting video over the Internet) for traffic “which they send to subscribers of Russian operators.”

Director General of the Institute for Internet Research Karen Ghazaryan drew attention to the fact that the traffic of domestic online cinemas and streaming services does not differ from the traffic of foreign ones, so they should also pay for it, since they also increase the load on the operators' networks. If a similar measure is introduced against YouTube, Google will most likely immediately impose a fee for using the servers, which are now used free of charge by all major mobile operators and regional providers. Google did not answer the question about the possibility of such a retaliatory step.

Kirill Morozov, director of the practice of services to companies in the field of communications, IT and the media, PwC in Russia, believes that the implementation of the measure may lead to an increase in the price of goods and services on the Internet. According to Denis Chernookiy, director of the practice for work with companies in the technology, media and telecommunications sector of KPMG, Denis Chernookiy, foreign OTT companies should be given preferences, otherwise many of them “may just leave.”

The Ministry of Economy told the publication that they support “Initiatives that stimulate the development of industries.” The Ministry of Finance forwarded questions to the Ministry of Finance, where they refused to comment. Rostelecom pointed to the six-fold increase in total Internet traffic in the country observed in recent years, and the next jump was caused by the coronavirus pandemic and noted the importance of systemic measures of state support “for strengthening and developing networks.”

Previously 13 foreign IT-companies were included in the register of the law “on landing” and ordered to open representative offices in Russia by January 1. The list includes Google, which owns the services of Google Play, YouTube, YouTube Music, Google Chat, Gmail, and Apple, which owns iCloud, the App Store and Apple Music, as well as Meta with related Facebook, Instagram, WhatsApp. The list also includes Twitter, TikTok, Telegram, Zoom, Likeme, Discord, Pinterest and Twitch.