Deputy Finance Minister Sazonov: Russia will abandon the idea of ​​a preferential tax in “Russian offshores” 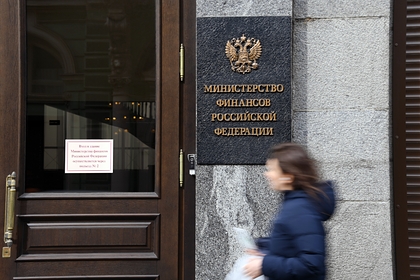 profit of up to five percent for residents of the so-called “Russian offshores” – special administrative regions (SAR) in Kaliningrad and Vladivostok. Vedomosti writes about this with reference to the words of the deputy head of the department Alexei Sazanov.

According to him, the problem is that Russia has joined the global taxation initiatives (Two-Pillar Solution), and they contradict such an initiative. As EY partner Marina Belyakova explained, under the pressure of this circumstance, it is better not to try to introduce benefits that could compromise the country.

In Russia, dividends are generally taxed at a rate of 13 percent, subject to certain conditions, it drops to zero. The Ministry of Finance decided to reduce the rate on dividends and the rate on all other incomes to 5 percent. However, the Pillar 2 mechanism assumes that the effective income tax rate should be 15 percent.

Thus, a SAR resident who paid taxes at a 5 percent rate could be additionally assessed tax in another country through the parent company. And in this case, the benefit itself does not make sense, and besides, the country that issued it looks like a violator.

In its current form, the bill on conditions in the SAR for international holdings provides for other changes. The cost of entry will also be toughened – an investment of 300 million rubles in the construction of infrastructure in the region over three years and an office rental of 100 square meters with at least 15 employees.

This is the second change in a project that the Russian authorities are going to because of international rules. Earlier it became known that not only international companies with Russian roots (this is done to return them to the country), but also current residents can be admitted to offshore companies. Otherwise, Russia may receive the status of a harmful tax regime