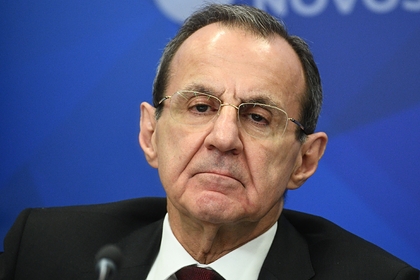 responded to US accusations of pulling troops to the border with Ukraine. He told Izvestia

According to the newspaper, Kiev is trying to use weapons received from abroad in the east, and is deploying new military units to the southeast.

Ordzhonikidze noted that Russia is not practicing openly launching nuclear strikes on US territory.

“We do not conduct aggressive naval exercises near their borders, we do not practice launches aimed directly at their territory. The question is who is approaching whose boundaries. We constantly see maneuvers near our borders. And despite the fact that Ukraine is not accepted into NATO, it is actually made part of this bloc, the armed forces of the alliance countries are stationed there, the army is armed with NATO weapons according to NATO standards. In fact, there is no fundamental difference between Ukraine's formal membership in NATO and what is really happening there now, “he said.

On November 23, Russian Defense Minister Sergei Shoigu said that the strategic bombers of the Air Force (Air Force ) The USA worked out a possible nuclear strike against Russia in November. According to him, in general, in November, the Russian military recorded a significant increase in the activity of American aircraft in the immediate vicinity of the country's borders. Before that, it became known that the United States is discussing the possibility of sending military advisers and weapons to Ukraine against the background of the alleged concentration of Russian troops near the border.

Earlier in November, Russian President Vladimir Putin in a telephone conversation with Italian Prime Minister Mario Draghi accused Kiev of provocations in Donbass. He stressed that Ukraine refuses to fulfill the Minsk agreements and the agreements of the Normandy Four and continues to use prohibited weapons in the region.